President's Day, the State of the Union in our podcast community and industry, and final thoughts on value! (Photo above by Pete Souza)

Thank you for taking a moment to read (or skim) this newsletter!

The US celebrated President's Day on Monday, so we thought it would be appropriate to consider what advice former US presidents would share with podcasters in 2019. We also intend to share our own “State of the Union” updates from our community and industry, and end the term (at least for this newsletter) with a final thought on “value”.

What Advice Would Former US Presidents Share with Podcasters in 2019?

We can't say for sure what some former presidents would say to podcasters in this day and age, but we can take some of their famous quotes, and attempt to apply them to the various responsibilities, challenges and passions that the podcast community faces. We understand that taking quotes that applied to one topic cannot always translate to other subjects, but we will do our best to interpret with care and sensitivity.

President Obama is the only former president on this list that has actually been a guest on a podcast while in office (to our knowledge, anyway). He was on Marc Maron's WTF show in 2015, and was one of the (if not THE) most downloaded podcast episodes of all time.

This was a big deal for podcasters when this happened. President Obama shared some of his thoughts about podcasting in this particular interview.

“I love conversations like this…If I thought to myself that when I was in college that I would be in a garage a couple miles away from where I was living… doing an interview, as president… with a comedian… I couldn't have imagined that, but it's fun”.

He later went on to make the following statement about overcoming fear:

“The more that you do something and the more you practice it…at a certain point it becomes second nature. You lose fear. You are no longer pretending to have no fear. You've screwed up enough that you now know what you are doing. It is one of the benefits of age.”

Veteran podcasters can relate to this. They are veterans because they made most of the mistakes and have learned what to do partially by experiencing what not to do. You can hear Marc Maron discussing the interview during his keynote at Podcast Movement 2015. 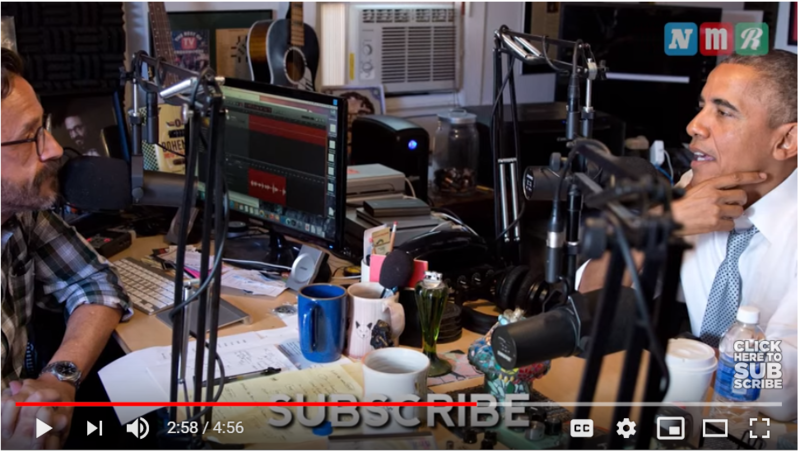 “In crucial things, unity. In important things, diversity. In all things, generosity.”

Teamwork makes the dream work! No man or woman is an island. We need help to grow. We need assistance to take our podcasts to a new level. The biggest podcasts are not a one man gang. They are usually comprised of a team with a common goal. You may not feel like you have much of a team right now, but you probably have at least a few listeners.

Lou Mongello (WDW Radio) didn't have a “team” when he started. He focused on building the best show that he could to build rapport with his audience. He eventually had listeners writing to him and offering to help with the show. He was able to get assistance from his fans (affectionately known as the box people) with editing, marketing the episodes and beyond. You can hear more from Lou from his Podcast Movement 2015 keynote.

What is the point? Stay generous and collaborative. Good things will happen!

Podcasting is hard enough with a positive mental attitude, much less without one. We believe that President Jefferson would likely encourage podcasters to keep their goals and perspective on why they are podcasting, who they are speaking to and the content that will entertain, inform, or inspire.

“If your actions inspire others to dream more, learn more, do more and become more, you are a leader.”

We love this quote for a number of reasons. It reminds podcasters that they don't need permission to be bold and to do big things. Podcasting provides a platform and gives everyone the opportunity to share their voice.

Congratulations, if you have listeners then you are by President Adams definition, a leader!

“I am rather inclined to silence.”

Terry Gross shared in her 2018 Keynote at Podcast Movement in Philadelphia that one of the best skills that a podcast interviewer can develop is the ability to listen. Have you ever heard the phrase, “We have two ears and one mouth. We should listen twice as much as we speak”? It can be tempting to talk, talk, talk as a podcaster, but this can be counter productive if we get into the bad habit of speaking more than we are willing to listen. The same rule is applicable to a solo host.

You can and should listen to your audience. Listening is cool. Stay cool.

The State of the Union (Podcast Edition)

How many downloads do you get for an episode that you never publish?

A Final Thought on Value

I (Jared) learned a lesson about value recently (or you could call it “being cheap”).

My business partner Dan and I exhibited at an event near Chicago. We made a somewhat last minute decision to hire a photographer / videographer to capture some of our setup, and what was happening during the event.

I posted an ad on Craigslist. I connected with a young man building his portfolio (which looked reasonable) and his rate was $80, less than half what everyone else quoted us! I hired him, and didn't think twice because it was such a good deal!

He came to the event, was very friendly, had all the right equipment, he took pictures and shot videos. He said he would give us the photos and videos via Google Drive. I paid him cash. We shook hands.

All was well…until it wasn't.

He somehow accidentally deleted or lost our images and videos. I did my best to be calm and not be rude to him. Naturally, I asked for a refund. The refund came via PayPal for $40. He kept the other $40 to cover his mileage and gas.

I heard a country song one time that had the lyrics ”it’s cheaper to keep her”. That may sound like a crass lyric, but the message is clear: often times going cheaper can end up costing you more in the end.

I've since found myself no longer in a hurry to pay less, simply because it seems like I’ll get a better deal. I'm not suggesting that someone should overpay beyond their budget, but I am pointing out that pinching a penny doesn't always end with the desired outcome.

As a podcaster, it's wise to consider all of your options when it comes to microphones, hosting fees, website related fees, editing (if you aren't doing this yourself), marketing and the list goes on. PM is proud to partner with some of the best and most trusted organizations in our industry, and you'll find dozens of them exhibiting at our event this year. Many of them have solutions and packages for various price ranges. We encourage you to consider supporting them as you invest in yourself, your podcast and your growing community. 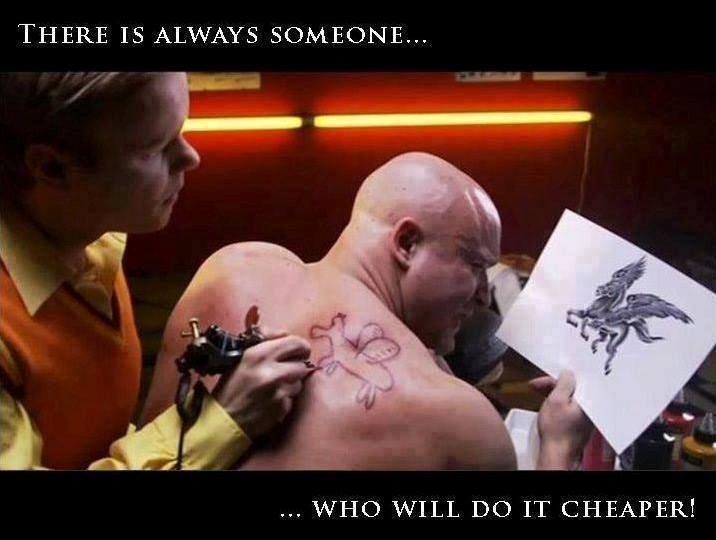 We approve this message,
Team PM

“We’ve learned that piling up material goods cannot fill the emptiness of lives which have no confidence or purpose.” – Jimmy Carter (US President from 1977-1981) 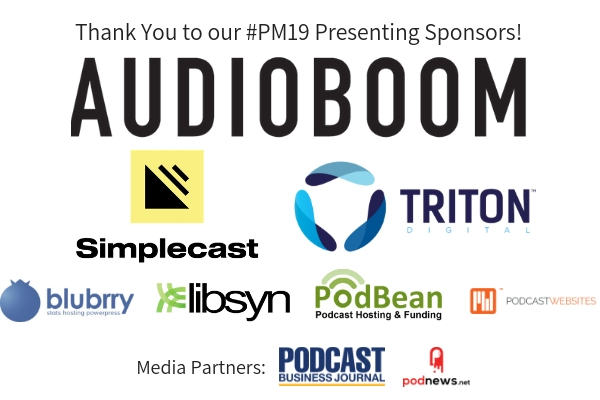 Interested in sponsoring or exhibiting at Podcast Movement 2019, the world's largest gathering of podcasters? LET US KNOW!