In partnership with Luminary, Mosaic Media has launched Ninth Planet Audio, a new podcast production company. Ninth Planet’s first show, Telephone Stories: The Trials of Michael Jackson, was the first in a multi-series agreement. The 13-part nonfiction docuseries has released 7 episodes since its launch in May and will resume weekly publication this Sunday, July 28. It covers Jackson’s highly publicized 1993 criminal investigation and 2005 criminal trial. “[Ninth Planet] shows take the audience on deep investigative journeys with fascinating and addictive story-telling,” said a Luminary spokesperson.

Villains, the second series in the deal, will debut later this year. It follows the Great Train Robbery of 1963, the largest cash heist in UK history. Offering an “intimate look inside the crime of the century,” the immersive experience is currently in production. It’s set to be hosted by William Green, an L.A. movie and TV producer, whose London upbringing inspired the project. More true crime, docuseries, and scripted comedy are to be expected from Ninth Planet in the future. Jimmy Miller, Mosaic’s principal, has robust expectations: “Luminary has been a phenomenal partner and Telephone Stories sets the bar high in production quality and in-depth reporting.”

MORE ON THE PLANET'S
PLANS

The 2019 Podcast Trends questionnaire has been released and is now accepting responses. Discover Pods has been tracking yearly podcast trends since 2017, gathering data via survey. The project “aims to better understand podcast listener behavior, benchmarking podcast trends, and taking stock of podcast advertising.”

According to Discover Pods founder Kevin Goldberg, the report is distinguished from the industry standard Edison Research reports, The Infinite Dial and The Podcast Consumer. While the Edison reports seek to understand podcast growth among the total population, this one polls current podcast users. “I like to think of the report as a double-click drill down of The Podcast Consumer — how long are people listening for, which apps are they using, which categories are the most popular, and more,” Goldberg wrote in September. “These insights combined with survey analysis of actual podcasters make this report unique.”

2018’s findings are available in this PDF. Highlights include that nearly half of respondents (48.8%) said they “purchased an item after hearing it advertised on a podcast.” Woah. If you’d like to contribute to the 2019 statistics, the new survey is available here though Google Forms.

Apple recently sent out a press release to share updates on the category changes coming soon to Apple Podcasts. The updated category values were announced at Apple’s WWDC (Worldwide Developers Conference) in June, which you can review here. The press release reminds podcasters to update the RSS feeds for their shows, announcing that users can now “submit new RSS feeds in Podcasts Connect with the updated category values.”

If your hosting provider hasn’t updated its available categories, “you can still submit new RSS feeds using the discontinued categories until further notice.” As far as timing details for the new categories in action, the release stayed vague, revealing only that they’re “scheduled to go live later this summer.” Many thanks to James Cridland at Podnews for reproducing the official press email.

No Limits, Better Hosting: A Month of Free Podbean

Looking for a better home for your podcast? Just starting out and ready to do it right? You’ve put in the work to build something new, something you want to share with the world. Your show deserves a cutting-edge, reliable platform to make it thrive. Podbean Unlimited Podcast Hosting is the real deal: unlimited bandwidth and storage, high-quality features, and probably the simplest interface on the market. The flat hosting fee starts at just $9 a month, but it gets better. You, PodMov reader, can get your first month free. Really.

Podbean is a comprehensive solution that grows with you, no programming skills required. You get a beautiful website, in-depth analytics, and tools to help you manage, promote and make money from your podcast. Podbean is all your show really wants, so hook it up with a free month so you can see for yourself. It’s the most affordable decision you’ll wish you’d made earlier. 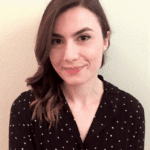